June 11 - July 24 / 2015
Remythologies: New Inventions of Old Stories
“We may be through with the past, but the past is not through with us.”
– Bergen Evans, The Natural History of Nonsense 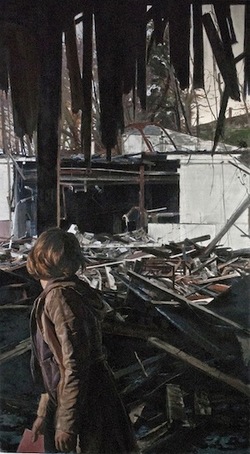 
How do we account for the survival of stories? Poets and cultures die, but their neccessary and remarkable lies still continue to be accounted for. Although the forms these works are given also have a history, it is what they contain that is the most accurate measure of our defining memories.

There is no art making that does not confront the past, but there is art which reinvents that past without abandoning it. A struggle against tradition still depends upon what it rejects. This exhibition is meant as a study of what our past still demands that we must either embrace or defy. 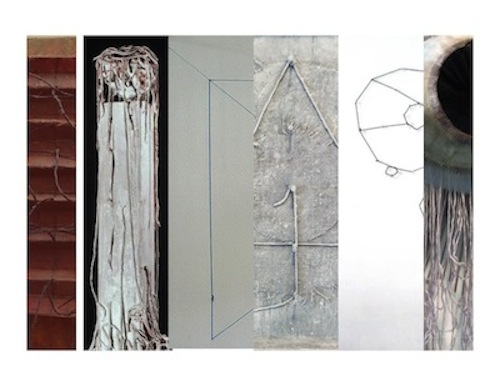 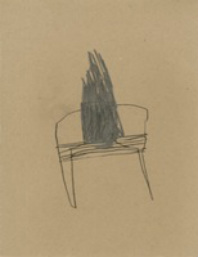 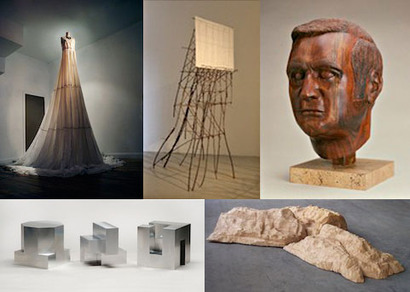 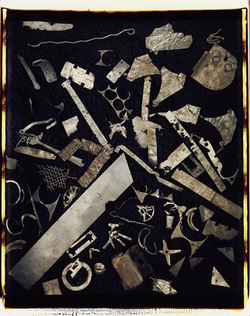 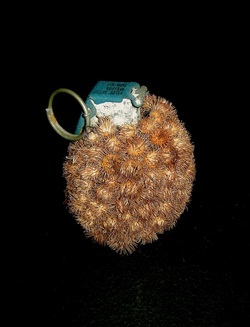 from  "The National Gallery in Wartime, 30 January 1991"
Inside, the lines twist toward Titian,
the flaying, the rain of fire.

Where are the wars? George Orwell had so many things right that it has become a cliché to acknowledge it, but his notion of an endless violence in which only the locales would slightly alter is clear enough at the moment.
Less accurate is his thought that communities would be roused in mass, mindless support of such madness. Instead, we have invented a conceited boredom, self-interested and uninteresting. In opposition to that, each of the works on view  here is evidence of living critically in a time of war, when the policy makers are committed to disguising that reality, and the society to which they are lying is anxious to be lied to.
The first idea that I had for this exhibit was taken from Martha Rosler's "Bringing the War Home" series of photomontages that sent the gunfire roaring into suburban living rooms. My variation finds the destruction thudding inside a gallery door.
The art of war is an oxymoron; art is war's contradiction. It follows that any work by the artists in this room, and not just those chosen here, is an act of defiance on our behalf.
-  Stephen Vincent Kobasa, curator 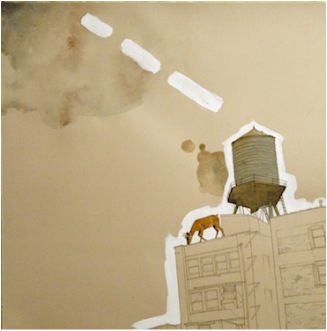 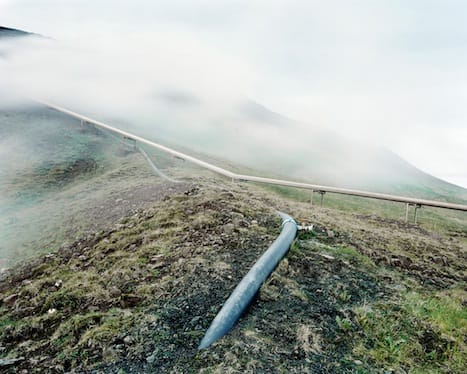 “I walk north up the beach toward nothing in particular, toward a grey nothingness that is no destination at all since I cannot reach it...The sky and the sea run together.The past and the present push into each other.”
– Kyle Boelte, The Beautiful Unseen

An unremarkable fact is ​that when we are in the fog we pay more attention. There is fear, and not only uncertainty​, ​in the dimly seen. 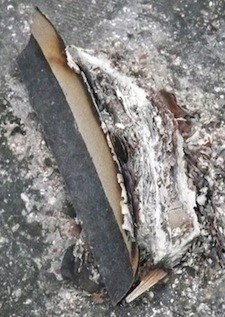 Stephanie Sauer, I Dare You
On March 5th 2007, a car bomb was exploded on al-Mutanabbi Street, the historic center of Baghdad bookselling, More than 30 people were killed and over 100 were wounded. In response to this attack upon a cultural treasure of the Iraqi people, the poet and bookseller Beau Beausoleil founded the al-Mutanabbi Street Project which to date has assembled 130 broadsides by letterpress artists, 260 artist books, and a literary anthology Al-Mutanabbi Street Starts Here with contributions by over 125 writers from around the world. 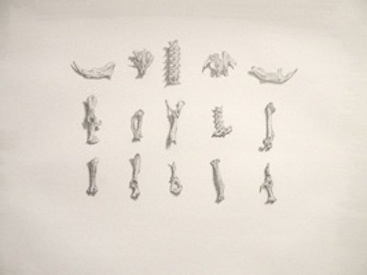 What we are talking about is a recording of lines and shapes; that is everything.
– Louise Bourgeois 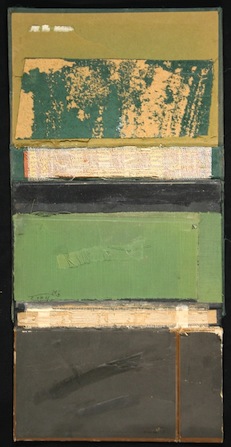 Qasim Sabti, Untitled, 2003-2005. Cloth book binding and paper fragments.
The morning after that first sleepless night I went to check on a place most dear to me, the Academy of Fine Arts.
It was here that I had studied and enhanced my artistic skills. And it was here that I have taught painting to many students.
To my dismay, the Academy’s street was littered with books, and pages torn from them blew in the dry wind.
As I entered the Academy’s library, my senses were abruptly confronted by an acrid smoke that silently drifted
above irregular mounds of charred books...collectively, these books challenged me to bring them back to life from their graveyard floor. 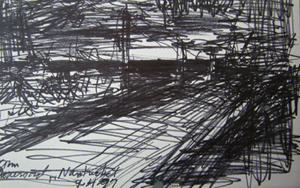 Anne Doris-Eisner, The Last Frontier,  2011. acrylic on Arches paper
I have seen sparks fly out
When two stones are rubbed,
So perhaps it is not dark inside after all;
Perhaps there is a moon shining
From somewhere, as though behind a hill-
Just enough light to make out
The strange writings, the star-charts
On the inner walls. 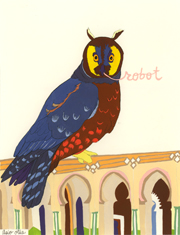 Out of nature I shall never take
My bodily form from any natural thing,
But such a form as Grecian goldsmiths make
Of hammered gold and gold enamelling
To keep a drowsy Emperor awake;
Or set upon a golden bough to sing... 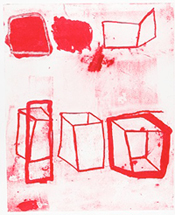 at the Orison Project, Essex, CT 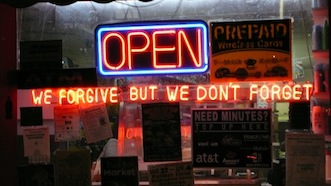 The future lied to us, there long ago in the past.
– Bao Ninh, The Sorrow of War

It has become part of the unheeded architecture of the everyday. The empty tomb has become the invisible tomb.
– Geoff Dyer, The Missing of the Somme